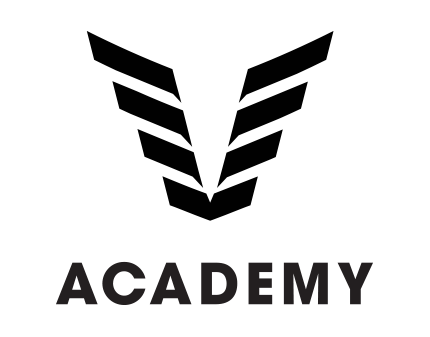 Vancouver, B.C. - Who is the goat and what's in the making of the mythical Greatest Of All Time?

What is on the other side of a black hole? What is at the very bottom of the ocean? When are we getting flying cars? How do I keep my favourite sneakers from creasing? Yes, these are all questions that, as far as we know, do not have a final concrete answer, yet.

We generally tend to be ok with not having an answer to these big questions, but there is that one question that makes basketball fanatics think that they are the keepers of the absolute truth, the guardians of a secret, this discussion makes us pull our lab coats, wear our journalist hats, dust our fan jackets; the eternal debate that makes us raise our voices, refer to Youtube videos, recite stat lines deeply ingrained in our memories, and in most cases reach an impasse with the person on the other side of the argument. Yes, that question is, who is the GOAT - who is the greatest basketball player of all time?

For some people, the answer is easy. "How dare you even question that Michael Jordan is not the greatest basketball player of all time?" Not a direct quote, but this is either you or someone you've encountered at some point.

The counterarguments are many and they all come in all shapes, sizes, teams, ages, you name it. "Kobe did everything that Jordan did but better", "Lebron is still a beast in his 17th season, Jordan wished he had his numbers". Hold on, what about Steph Curry, James Harden, Tim Duncan, Karl Malone, Hakeem Olajuwon, Magic Johnson, Larry Bird, Dr. J, Kareem Abdul-Jabbar, Bill Russell, Wilt Chamberlain, well, you get it.

There has to be a tie-breaker, right? But which metric is more valuable? Points, rebounds, plus/minus, shooting average, minutes played, MVP trophies, all-star selections, rings, a combination of all the above? Enough questions, let's do an exercise. Let's take a snapshot at five players, five legendary names whose greatness cannot be debated and represent different eras of professional basketball. Here are your contestants, Bill Russell, Kareem Abdul-Jabbar, Michael Jordan, Kobe Bryant, and Lebron James.

Let's start with Bill Russell - 11 championships, 5 time MVP, 12 NBA All Star nods, 4 times NBA rebounding champion, 2 NCAA championships, number retired by the Celtics (6), and arguably the inventor of modern shot-blocking, not to mention many other accolades including a stint as a player/coach. If your argument about the GOAT is based solely on championships, it is hard to ignore Russell's 11. The man doesn't even have enough fingers for all the rings he won! Everything that big men know about defence and blocking can be attributed to Bill Russell. If you haven't had a chance to watch one of his videos with Red Auerbach, we highly suggest you do so. Fundamentals are timeless.

Up next, Kareem Abdul-Jabbar - 6 NBA championships (one with Milwaukee, five with Los Angeles), 2-time finals MVP, 6-time NBA MVP, NBA Rookie of the Year, 5 nods on the NBA- All-Defensive First Team, 2-time scoring champion, leader in blocks in 4 different seasons, 3-time NCAA champion, got his number (33) retired by the Milwaukee Bucks, L.A. Lakers, and UCLA Bruins. Oh, and he is still the leader in points scored in NBA history. What "Cap" might have lacked in charisma with the press and even fans at times, he made it up in skill and accolades, there are a very selected number of players whose names are attached to a certain move on the court and Kareem had kids and adults alike attempting sky-hooks all over the court.

From North Carolina, at guard, 6'6", Michael Jordan! Just in case you didn't know, MJ was a 6-time NBA champion (on two different three-peat teams) and collected a Finals MVP trophy on each of those six occasions. Jordan made the All-Star team 14 times and on 3 of those selections, he ran away with the All-Star MVP. Jordan made the All-NBA First Team 10 times, the All-Defensive Team 9 times, was named rookie of the Year; 10-time scoring champion, 3-time leader in steals, won (in epic fashion) the Slam Dunk Contest twice, and won a championship with North Carolina. Member of the Dream Team, had his number (23) retired from North Carolina, Chicago, and even the Miami Heat. To try to speak ill of Michael Jordan would not only be foolish but unfounded. Yes, Michael Jordan, is human and has flaws, yes, just like many other super-competitors his temper was unique; but the championships, records, and accolades are only a portion of the generational and global change that Jordan led during his playing career.

For, Kobe, The Black Mamba, Vino - if there ever was a trophy for best self-given nickname, Kobe might have won it. Mamba’s career includes the following achievements: 5 NBA championships, 2 Finals MVP, 1 regular season MVP, 18 NBA All-Star appearances, named NBA All-Star MVP 4 different times, 11-time All-NBA First Team, 9-time All-Defensive First Team, 2-time scoring champion, he won the Slam Dunk Contents wearing his warm-up shirt, member of the Redeem Team, got two numbers retired by the Lakers, did not flinch when Matt Barnes faked to throw the ball at his face, won an Oscar for his animated short, and scored 81 points in a single game, the second-most points scored in an official NBA game since Wilt Chamberlain. While Kobe might no longer be here with us to share his basketball wisdom, the legend of the Black Mamba can only be compared to the legend of Jordan himself. Kobe obsessed over perfection, hustle, work ethic, he demanded the best out of his teammates and collected championships along the way. Can snakes eat goats? If Kobe had been a real Black Mamba, he would have figured a way to do so.

Last but not least, he's just a kid from Akron, Ohio. The King himself, Lebron James. If we hadn't earned your rage by taking a shot at Jordan, the inclusion of Lebron might just do the trick. Before you either stop reading or send us congratulatory messages, check out Lebron's resume: 3x NBA Champion, 3x NBA Finals MVP, 4x NBA MVP, 16x All-Star, 3x All-Star Game MVP, 12x All-NBA First Team, 5x NBA All-Defensive First Team, Rookie of the Year, 1x scoring champion, member of the Redeem Team, #3 on the list of NBA's all-time scorers. Not bad for a high-school kid that grew up in the NBA, yes, let that sink in.

Now, what have we learned so far? All of these GOAT-to-be candidates have at least, an MVP trophy, all of them have won, at the very list, three championships; all of them have a Finals MVP, multiple all-star selections, have led the league in offensive or defensive prowess, have an iconic go-to move, and have set a trend or changed the game. Let's make things complicated, in case they weren't, should we consider intangibles? Hustle, heart, passion, drive, chemistry, impact in the community; let's not go into those but let's not disregard that these arguments are part of any sports debate.

So, are we ready to name the Greatest Basketball of All Time?

No, definitely not, never; and no, that is not a cop-out answer; here's why. To name the ultimate GOAT would be unfair to everyone on the list, to judge the achievements of NBA superstars across teams can be tricky, let alone across decades. We can all agree that athletes have become stronger and quicker over time, but at the time that each one of the candidates in our list was active, they were still playing against the best of the best.

Our definitive reason for why we cannot name the greatest basketball player of all time? There is no real answer, AND THAT"S OK! Each one of us has a GOAT, maybe multiple GOATS, and just like we are ok with not knowing the definite answer to what is at the bottom of the ocean, we should be ok with not having a concrete answer to this particular debate.

All these superstars stand on the shoulders of giants that came before them. All these superstars have had a different impact on our lives and at different moments of our lives. Consider this a shoutout to the greatness of each player that is the GOAT in your list to not name a definitive GOAT and don't worry, maybe one day we'll get flying cars, know what's on the other side of a black hole, keep our favourite kicks from creasing, and just maybe we will come to an agreement on the greatest basketball player of all time. 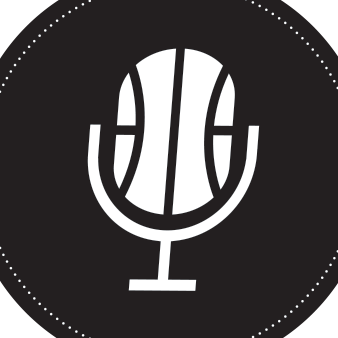